The House on Wednesday was poised to impeach President Donald Trump a second time, which will make him the first president to face this punishment twice.

House lawmakers are expected to vote on a single article of impeachment around 3 p.m. ET, charging Trump with “incitement of insurrection” in the wake of a pro-Trump mob that violently stormed the U.S. Capitol last Wednesday.

The vote comes exactly one week before Inauguration Day, when Trump will leave office and Joe Biden will be sworn in as president on the steps of the Capitol.

On Tuesday night, Democrats, joined by a handful of Republicans, passed a resolution calling on Vice President Mike Pence to invoke the 25th Amendment to remove Trump from office. But before the vote, Pence made clear he would not do so, saying that he didn’t believe “that such a course of action is in the best interest of our Nation or consistent with our Constitution.”

Democrats have overwhelmingly voiced support for impeaching Trump and as of Tuesday night, a handful of Republicans said that they planned to join their counterparts and vote to impeach him during Wednesday’s vote. They include the House Republican conference chairwoman, Liz Cheney of Wyoming, the most high-profile one, as well as Reps. Fred Upton of Michigan, Jaime Herrera Beutler of Washington, Adam Kinzinger of Illinois and John Katko of New York.

The “incitement of insurrection” article of impeachment was introduced Monday by three House Democrats: Jaime Raskin of Maryland, Ted Lieu of California and David Cicilline of Rhode Island. It says Trump has “demonstrated that he will remain a threat to national security, democracy and the Constitution if allowed to remain in office, and has acted in a manner grossly incompatible with self-governance and the rule of law.”

“He threatened the integrity of the democratic system, interfered with the peaceful transition of power, and imperiled a coequal branch of government,” the five-page article of impeachment says. “He thereby betrayed his trust as president, to the manifest injury of the people of the United States.”

The article also cites Trump’s Jan. 2 phone call urging Georgia Secretary of State Brad Raffensperger to “find” enough votes to overturn the state’s election results as part of his effort “to subvert and obstruct the certification of the results of the 2020 presidential election.”

Trump, for his part, has no public events on his schedule Wednesday and with Twitter banning his account last week, the president won’t be able to tweet about the impeachment process as he did when the House impeached him in December 2019.

A former White House official told NBC News that Trump is part “defiant … part sullen,” while another source said the president is hardening in his defiance. This source said the president’s comments on Tuesday that he had done nothing wrong undermined efforts by his allies to try to dissuade him from doing things that might make it harder to limit the number of Republicans who support impeachment.

“Nobody told him to say anything,” the source added. “This is him being him.”

Biden has no public events on his schedule Wednesday. Vice President-elect Kamala Harris will participate in a virtual finance event for the committee organizing the inauguration next week.

Once the House impeaches Trump, the next step is for the Senate to hold a trial to determine whether to convict him and potentially bar him from ever running for any office again. While it’s not entirely clear yet when the trial would take place, House Majority Leader Steny Hoyer, D-Md., said this week that he wants to send the impeachment article to the upper chamber immediately after it’s approved. 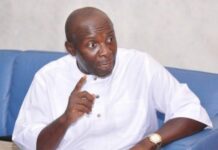 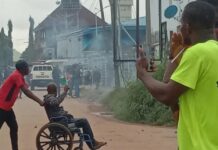 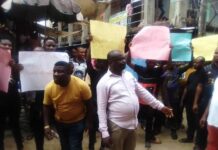 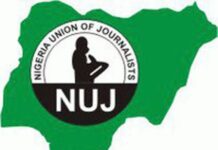