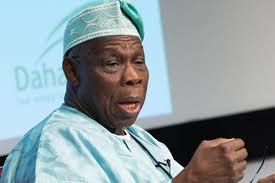 Guterres praised Obasanjo for facilitating the signing of a peace deal between the Ethiopian Government and the Tigray People’s Liberation Front (TPLF).

The former President served as an African Union Mediator, where he succeeded in getting the two warring sides to sign the peace agreement in South Africa, on Wednesday.

With the signing of the agreement, the factions involved in the conflict in Ethiopia’s northern region of Tigray, are expected to have agreed on a “permanent cessation of hostilities’’ just more than a week after formal peace talks began in South Africa.

Stephane Dujarric, Spokesperson to Guterres, in a statement explained that the agreement signed on Wednesday in South Africa represented “a critical first step” towards ending the brutal two-year war.

“Agreement for Lasting Peace“ through a Permanent Cessation of Hostilities brokered by the African Union and mediated by Obasanjo was a promising start. The UN chief stated.

According to him, the signing of the agreement was a perfect way of starting the process to end the war, which started in November 2020, after months of tension that had destroyed so many lives and livelihoods.

“The secretary-general urges all Ethiopians and the international community to support the bold step taken today by the Federal Government of Ethiopia and the Tigrayan leadership,’’ he said.

Antonio Guterres vowed to give is support to both parties in the implementation of the agreement pleading with both sides to continue with negotiations on the outstanding issues in a spirit of reconciliation to reach a lasting political settlement.

The Secretary-General pleaded with all stakeholders to use the available opportunity  by the ceasefire, “to scale up humanitarian assistance to all civilians in need and to restore the desperately needed public services.”

Guterres hailed the AU, and it’s High-Level Panel for the facilitation of the peace talks and South Africa, for its key role in hosting the peace talks.

“The UN stands ready to assist the next steps of the African Union-led process and will continue to mobilise much-needed assistance to alleviate suffering in the affected areas,” he said.

Speaking for the first time on the peace talks, former President Obasanjo stated that Ethiopia’s government, and Tigrayan authorities had agreed on an “orderly, smooth and coordinated disarmament”.

Obasanjo disclosed that both sides also agreed on the “restoration of law and order, restoration of services and unhindered access to humanitarian supplies“.

Obasanjo spoke at a news conference in South Africa, stating that the agreement marked a new “dawn” for Ethiopia.

In November 2020, war broke out between the regional forces from Tigray and Ethiopia’s federal army and its allies, including forces from other regions and from neighbouring Eritrea.

PRIMARIES: OKECHUKWU URGES BUHARI TO SAVE NAIRA FROM FURTHER DEPRECIATION 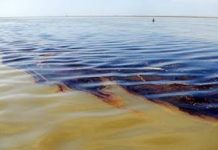 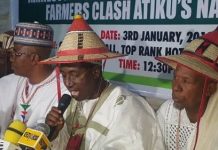 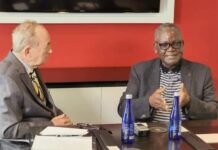