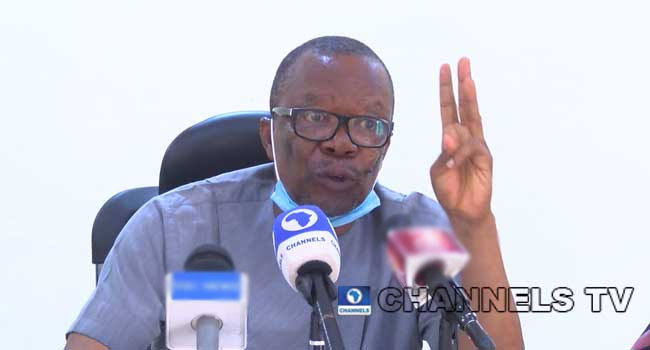 Minister of Education, Adamu Adamu, on Thursday disclosed that insistence by Academic Staff Union of Universities (ASUU), that they be paid six months salaries of the strike period is what is stalling the negotiations between the Federal Government and the lecturers.

Adamu stated that President Muhammadu Buhari had rejected the condition of ASUU outrightly when he presented the report to him.

Adamu spoke to the State House Correspondents during his appearance at the weekly press briefing organised by the Presidential Communication Team, at the Aso Rock Villa, Abuja on Thursday.

“All contentious issues between the government and ASUU had been settled except the quest for members’ salaries for the period of strike be paid, a demand that Buhari has flatly rejected.”

According to the minister, President’s position had been communicated to the lecturers who are being awaited to call off the strike.

According to Adamu, the rejection of the ASUU condition by the President was to end the excesses of trade unions that want to be paid for work not done.

He explained that the University Transparency and Accountability Solution (UTAS) payment system proposed by ASUU has outscored the Integrated Payroll and Personnel Information System (IPPIS) already in use by government.

According to him, the lecturers are kicking against the IPPIS adding that IPPIS has been updated to now accommodate payment of those on sabbatical.

“Just one thing that I was reminded even the current IPPIS has been made to accommodate sabbatical. I didn’t know this. Somebody just told me.”

The lecturers had accused government of not considering the peculiarities of tertiary institutions in the IPPIS.

But Adamu also denied the report that UTAS has not been approved by government as the payment platform for University lecturers.

According to the minister, government had proposed a new salary to the unions, which he said the Senior Staff Association of Nigerian University (SSANU), the Non-Academic Staff Union of Universities and Allied Institutions (NASU) and the National Association of Academic Technologists, (NAAT), have all accepted in principle.

He added that they are now consulting with their members with a view to call off the strike in the next one month.

He, however commended the Academic Staff Union of Polytechnic (ASUP) for calling off its own strike.

The Minister also said that it is the responsibility of ASUU and not the Federal Government to compensate students for the time wasted from the six-month strike.

NO SURPRISE IF THERE ARE MANY OTHER ABBA KYARIS IN THE... 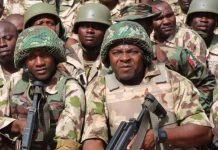 Opinion: Why PDP May Lose All Southern States if It Zones... 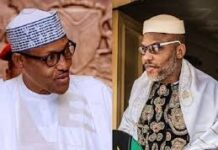