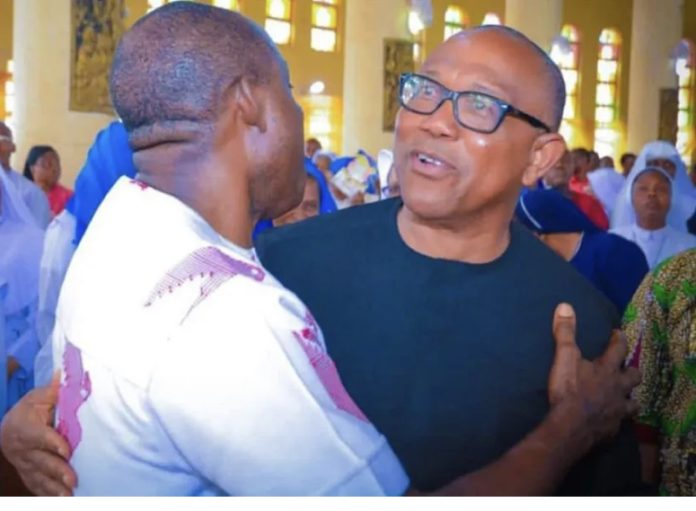 The two politicians from Anambra State who seem to be managing a strained relationship met at a thanksgiving mass organized to celebrate the 70th birthday of Most Rev. Paulinus Ezeokafor  at St. Patrick’s Cathedral, Awka.

Before the commencement of the religious programme, Gov Soludo got up and went to Obi and exchanged pleasantries with him and the two embraced each other to the relief of many.

Soludo has launched an unprovoked attack on the Labour Party Candidate penultimate week ostensibly in reaction to comments by Obidients, where he predicated that Obi a frontline Presidential Candidate will not win the 2023 elections.

He also said that the investments Obi made when he was Governor in Anambra State amounted to next to nothing.

Soludo who also condemned Obi’s claim of making huge savings for Anambra State during his tenure, said that governments exist to save lives and not to save money.

However, Obi’s response to the seeming provocation doused tension as he decided not to respond with aggression.

Obi who spoke at the Lagos Business School 2022 Alumni Conference last week said that he had played his role as a trader who was Governor and would expect the Professor who he described as older and more intelligent to do better than him.

“He is the governor of my state; my senior brother. He’s even more intelligent than me. He is a professor; I’m a trader. So, he will be able to do things more than I have done it.

“Now, the professor is there, he will do what I didn’t do. The school I didn’t roof, he will roof them.” He had said

But the issue dominated the media space in the country as several top politicians including a former Minister of Education, Prof Fabian Osuji and Governor Nyesom Wike of Rivers State criticized the Governor for the attack on Obi. 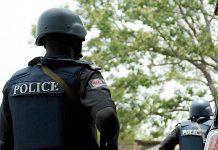 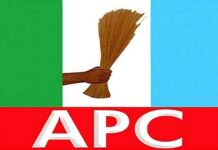 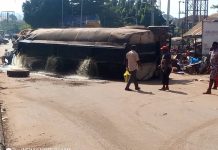 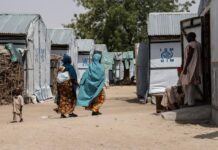