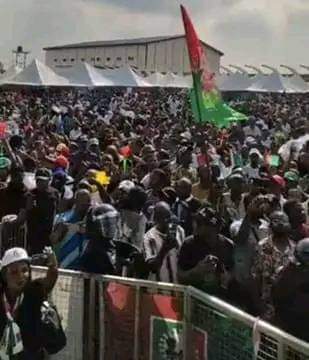 …Insists on Justice, Fairness, Equity …Says Presidency is not about Ethnicity but Fairness to Others

The acting Chairman of the Pan Yoruba socio-cultural group, Afenifere, Pa Ayo Adebanjo, alongside other notable Nigerians led the presidential campaign team of the Labour Party candidate, Dr. Peter Obi, to the ancient city of Ibadan on Wednesday.

Pa Adebanjo stated that his support for Obi is in the true spirit of equity, justice and fairness.

He declared that that he bears no grudge against the presidential candidate of the All Progressives Congress, (APC) Chief Bola Ahmed Tinubu.

He said the critics of his support for the presidential  candidate from the South Eastern part of Nigeria are not students of history.

The Afenifere leader  disclosed that since Nigeria got its independence in 1960, South East has not produced the nation’s leadership while other regions had produced one or twice.

According to him, “former President Olusegun Obasanjo was brought from the prison after the annulment of 1993 election to lead the Country. He spent 2 terms of eight years and handed over Late Musa Yard”Adua from the North East.

“After the demise of Yar”Adua, President Goodluck Jonathan from the South South became the acting president through invocation of doctrine of necessity and later contested and won the election.

“They submitted that my decision is borne out of the hatred that I have for Tinubu. The question is, where are these set of critics when I stood solidly behind Tinubu during his challenges.

“Where are they when I supported his first and second terms ambition to govern Lagos state? Now that I am calling for equity and fairness, I have become his sworn enemy. They say that I am envious of his achievements.

Nigeria presidency is neither about Ibo nor Yoruba. The legacy of Chief Obafemi Awolowo must be upheld. Awo detest marginalization of any tribe by any tribe.

“Chief Awolowo was an advocate of true federalism. This is what he fought for alongside Late Nnamdi Azikiwe and Sardauna of Sokoto.

In his address, the presidential candidate of the party, Dr. Obi likened the present situation in the Country to that of a vehicle grounded by dead drivers.

He submitted that it is only the Labour Party that has the wherewithal to fix the Country.

Obi said the likes of Pa Adebanjo are trying to build a new Nigeria through fairness, justice and equity.

According to him,the Labour Party is laying foundation for a new Nigeria that the citizen will be proud of.

“We will ensure that we move Nigeria from consumption to production. We will create jobs for the youths. Our youths are energetic and always ready to work.

“We will fight corruption. We will create wealth. We are not going to share our commonwealth. Nigeria, today has become a laughing stock.

“The New Nigeria will not be built on religion, ethnicity. We will ensure that ends come to incessant strike by members of the Academic Staff Unions of Universities (ASUU).

“We will return Lagos to financial centre of Africa while the lost glory of the ancient city of Ibadan will be returned.

In his address, the  Labour Party National chairman, Barr. Julius Abure told the crowd to resist the lure of money and vote their conscience to save Nigeria and make it better for all citizens.

“Don’t sell your vote, reject their money and save this country by voting Labour Party’s Obi and Datti.

He said the Labour Party has the solution to the myriad problems confronting the nation.

ASUU To Sanction FUTO For Illegal Award of Professorship To Pantami... 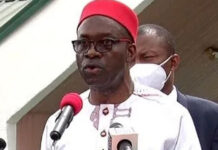 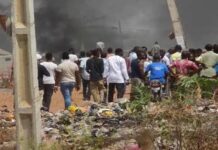 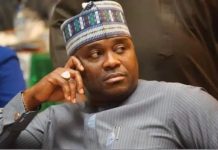 How the VAT War Triggered Restructuring